The Aegean Sea, as many other maritime regions around the world, saw the loss of non-polluting traditional watercraft made of wood and propelled by sails or rowing in the course of the 19th, 20th and 21st centuries. This concurred with a transition to metal or fibreglass motorboats and the introduction of large-scale fishing trawlers. This shift resulted in the loss of traditional maritime jobs, the development of touristic rather than maritime economies in most island and coastal regions and the destruction of the marine environment from the extensive use of large-scale polluting fisheries, as well as cargo and tourist ships. 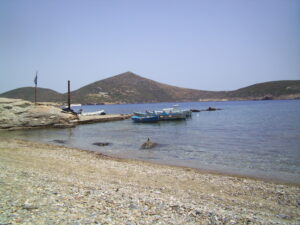 The proposed research firstly documents the shift in the use of Aegean watercraft as it occurred towards the end of the 19th, the 20th and the beginning of the 21st centuries. The methodology for this part of the project is inspired by studies of maritime history, archaeology and ethnography recording traditional watercraft in various parts of the world.

Secondly, the research records the environmental and socio-economic results of the change of watercraft. This study of human-environment interaction in the maritime spectrum follows the work of other maritime archaeological and ethnographic projects and studies of marine conservation regarding the impact of anthropogenic influences especially in the area of the Aegean Sea.

Finally, the research hopes to produce an assessment regarding what would be required for people to re- adopt non-fuel traditional watercraft and what the benefits of this re-introduction in the Aegean would be. The potential of wooden boats in Greece for providing a low-carbon energy efficient solution to the European and international sustainability agenda, as well as the response and adaptability of the local coastal populations through an ethnographic and anthropological perspective will be of major importance. 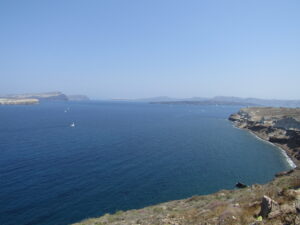 The interdisciplinary perspectives of this research have been inspired by the UN Sustainable Development Goals and the need for urgent climate action. It is hoped that the project’s original approach in the examination of issues of environmental and economic sustainability from the scopes of maritime history, archaeology and ethnography will make the methodology and expected results applicable elsewhere in the world beyond the case of the Aegean Sea.

The project is held between 2021 and 2024 in the University of Helsinki with funding from the Kone Foundation.